Gap Between Skilled and Unskilled, Rural and Urban, Online and Offline is Reducing; Bharat no Longer Backbencher of Growth Story

India, that is, Bharat – the majority of our country that is living in villages — is symbolic of our aspirations. Policy makers from top down and citizens from bottom up are cognizant of the fact that sustainable transformation of India is incomplete without the inclusion of rural India in its growth story. Transformational stories of rural enterprises and multiple instances of reverse migration are evidence of the concerted efforts taken by the government and policy makers. The early morning image of a rugged peasant pulling a plough has faded before the newer reality of a growing India. It isn’t a coincidence that this growth is emerging after the government’s commitment towards inclusive growth Sabka Saath, Sabka Gaon, Sabka Vikas.

It’s been two years since Prime Minister Narendra Modi announced the government’s ‘Rurban’ Mission, with a cluster-based development model, to provide urban amenities to rural India. Three hundred village clusters were created keeping in mind that rural India isn’t stand-alone settlements but a collection of villages in close proximity that could derive advantages from location and economic drivers. These centres of economic activity in turn spurred economic growth, empowered individuals and improved the quality of life in rural India.

Growth is impossible in isolation, and Bharat has increasingly been connected, physically and digitally to move from silos to solutions, foster market access, provide banking, enhance self-employment and livelihood opportunities and utilise economies of scale. The Pradhan Mantri Gram Sadak Yojana (PMGSY) has reached 82 percent of its total target and connected close to 1.5 lakh habitations with all-weather roads. Roads are allowing Bharat to invest in its future, tractor sales alone have risen by 34 percent y-o-y, post GST. Launched last year, Saubhagya will give free electricity to over 10 crore families in rural areas. The ambitious Bharatnet is on its way to conquer the digital divide, with over 1.05 lakh gram panchayats having internet access today. Digital and physical connectivity are growth drivers, they allow self-sustenance, financial independence and greater opportunities.

Till recently, Kuragunda village entrepreneur Satya and wife Padma (names changed), were struggling with the headwinds of urbanisation and lack of local infrastructure, leave alone planning for their and their children’s future. But the past few years have changed that. Satish is now hopeful of a better future and a shiny red tractor parked outside his house proves that. The financial inclusion revolution, fostered by the innovative digital banking system has allowed him to enter the formal economy and benefit from credit lines through MUDRA and other schemes. Internet access has allowed him to look beyond his village as a market for his produce and mobile banking ensures timely payments from his customers. Tech-enabled innovative business models such as the ‘uberisation’ of tractors has meant that Satish is just one of many who have benefitted from alternative revenue streams supported by digital

Many women like Padma, are part of the 54 percent women beneficiaries of the MGNREGA scheme, which saw its highest ever allocation in the last Budget. The government has empowered women with the tools, finances and the confidence to chart their and their family’s future. They don’t need to walk for miles to remote places for daily sanitation needs, the Swachh Bharat mission has translated toilets from being a distant dream to a household amenity in over 3.45 lakh villages in four years. The emphasis on improving the quality of life and safety of rural Indians has also included in its purview improved drinking water and increasing gas connections, both of which have direct effects in uplifting daily lives. Padma and her children no longer have to inhale unhealthy air or collect firewood for the chullah, the Ujjwala scheme is on its way to ensuring clean cooking fuel in every kitchen.

Youth, especially rural youth, have been a prime focus for the government’s skilling and education programme. Padma’s children are aware of the government’s skilling programme, and access to technology has opened up information like never before. The innovative interlinking of Jan Dhan accounts, Aadhaar and Mobile (JAM), an essential building block of India’s digital infrastructure that enables direct benefits transfer, is ensuring that rural students stay in school with their scholarships credited to their bank accounts directly. The digital ecosystem, affordable smartphone and 4G access have multiplier effects in providing employment and unleashing consumption. Delivery of public services fostered digitally and through Common Service Centers (CSCs), is allowing access to quality content in education, health, telemedicine amongst others. Digital literacy has seen an unprecedented uptake, 5.5 million individuals have already been certified under the PMGDISHA, which is aiming to make at least one person digitally literate in every vulnerable family.

Proactive and agile policy frameworks have already played a key role in India’s growth based on utilising its technological framework and are now leading to an empowered Bharat. The gap between the skilled and the unskilled, the rural and the urban, the online and the offline is reducing and ‘housing for all by 2022’ and Universal Health Coverage launched by the government will go even further to ensure that every Indian has access to their deserved quality of life. Bharat is no longer the silent spectator or the backbencher of the growth story, crores of families are taking control of their destiny and are the front runners of this New India.
Read Original Post Here 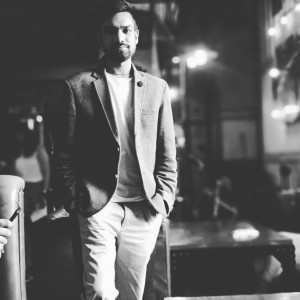 Erric Ravi is the President of Storify News. He is the owner of the Storify News Times - Understand the Breaking News since 2018. Storify News was founded by Mike Brovo. Forbes calls me a top influencer of Chief Marketing Officers and the world's top social marketing talent. Entrepreneur lists me among 50 online marketing influencers to watch. Inc.com has him on the list of 20 digital marketing experts to follow on Twitter. Oanalytica named me #1 Global Content Marketing Influencer. BizHUMM ranks me as the world's #1 business blogger

Ten Of The Best From Gloucester